The Story of a Small, Very Beautiful Coffee Farm in Rwanda

“Coffee is a strong and hardy tree and bears fruit (cherries) that are sweet in taste and yet produces an extraordinary complex, diverse and subtle product. Whether on the farm or working with coffee itself, you learn something new every day" - JP Sebageni

Guests visiting the newly-opened Wilderness Safaris Bisate Lodge in Rwanda can look forward to many unique experiences … One of which is sampling your first-ever cup of local Rwandan coffee. Gato Keza, meaning ‘small but beautiful’ in Kinyarwanda, is the name of the organic and locally-brewed coffee available to guests staying at Bisate to drink, and if enjoyed, take home as well.

The story of Gato Keza, however, is far more interesting and detailed than we might imagine. We tracked down Jean-Pierre Bizoza Sebageni (JP), owner of Gato Keza, to tell us little more about his enterprise.

Gato Keza was born in the early 1900s when JP’s father, Stanislas Sebageni, a young and ambitious entrepreneur living in Rwanda, first saw the “land by the lakeside” at Lake Kivu. “My father fell in love with it and thought of it as an ideal place to raise a family and build his future,” said JP. After building a house on the property, Stanislas brought Maria, his young bride, home to live and start their dream lives in this most idyllic setting. Being a man who loved the outdoors, the water and sports, this location fitted his dream lifestyle with the lake just a stone’s throw away. Here, the idea to start a coffee farm was ignited and the new enterprise, as JP puts it, “had the attraction of the outdoors and the sense of adventure that he loved”.

The dream life, however, did not last long for Stanislas and Maria. The couple were forced to leave their beloved farm with the upheavals that hit Rwanda in 1959. The family left in 1962 moving between the Eastern Congo, then to Uganda and later Kenya. “We returned in late 1994 and sometime thereafter were able to get the farm back. We started re-planting coffee in December 1999 and in March 2000 had planted 12 000 trees.”

JP has since taken over the family farm, and having had little experience in coffee when he started, has come to learn and appreciate just how truly amazing the plant really is. “I had no training in either coffee or farming generally. I did not even drink coffee at the time. I was just greatly inspired that our family had another opportunity to be able to continue to build on a dream that had started many years before." 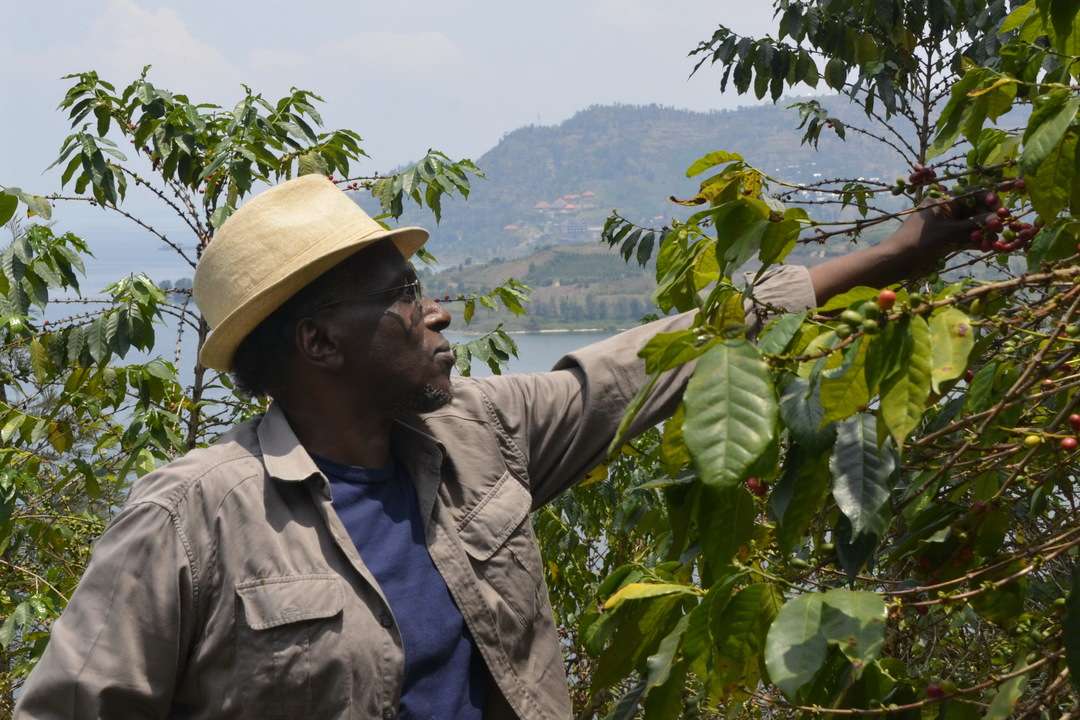 JP tells us more about the area, the farm and how the business has since progressed from those early days to the coffee we drink today.

The area is well-suited to growing coffee as the conditions are ideal for the plant. These include a high altitude (1 500 + metres), volcanic soil and proximity to water as well as a cool, temperature climate with a good amount of sunshine and seasonal rains. The area has a backdrop of five volcanoes and is situated along the shores of Lake Kivu. In terms of climate and scenery, it is hard to beat.

The farm is situated on approximately five hectares of land, with some of it being on the lakefront. “We employ 18 people year-round and take on extra help in the harvesting season. Most of the team is women from the neighbourhood, or actual neighbours. The number of employees varies according to the size of the harvest that year and the work required.”

The women do most of the work relating to coffee, from planting to caring for the plants right through to harvesting and preparing to get the coffee ready for roasting. The men mostly tend to the cows and generally maintain the grounds, equipment and buildings. 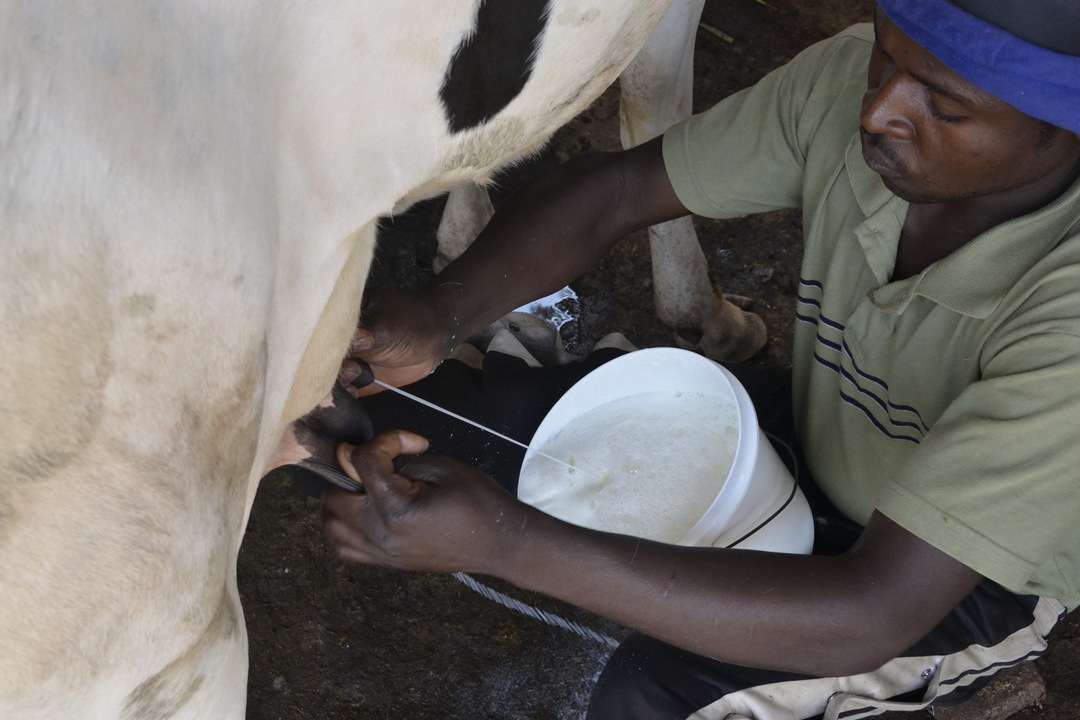 How the name Gato Keza came to be…

As a coffee plantation the farm is not big and as a single unit we were told that it was too small to be economically viable. We opted to keep the size and focus more on the quality from an estate that can be carefully managed year round, than look to expand dramatically. We were also influenced by the book Small is Beautiful which championed the idea that you do not have to be big to be profitable and add value to products and people’s lives. The idea was to have a small estate with a strong identity – like some wine estates. It is also a place where people can visit and see not only a coffee farm, but a working farm too. Many people drink coffee every day and yet have no idea of what a coffee tree looks like or the various stages that take place to produce coffee. As we carry out the whole process, one gets a very good picture and understanding of how it all comes together, and you get to have a cup on the spot. In the harvest season, visitors can also pick some coffee to take home. People are often surprised by how sweet and tasty a coffee cherry is, expecting it to be a strong and perhaps bitter taste like the drink they know. 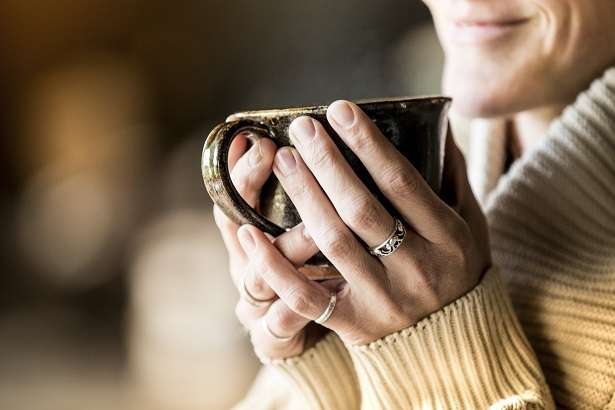 We have always been interested in appropriate technology and our first job was in solar energy. So it was always important that the farm fits into that context and that the process be organic. We started re-planting from December 1999 to March 2000.

In the following years we planted over 2 000 shade trees and in 2008 and we planted another 1 800 trees with the World Forestry programme. These were mainly Grevillea as they grow fast and give coffee the cover it enjoys. Over the years we have pulled back to see trees that pop up on their own and if they look like they are thriving we let them grow. We have now started to slowly reduce the number of Grevillea. With more indigenous trees taking up space, so the character of the farm is evolving slowly and we are getting new cover. Of course, we also have cattle that provide additional compost. We have been introducing and applying new sustainability-focused ideas as we learn and grow including an integrated pest management programme (to naturally manage the pests that can ruin a year’s work), the use of effective micro-organism technology to enhance the composting process and the introduction of worms to create soil from which we extract a liquid ‘tea’ to spray, nourish and protect the coffee leaves. Our farm has been opened to students from the University of Rwanda to carry out field studies in organic practices. We have always been interested in developments initiated locally to promote sustainability programmes and were one of the sites on a Farmer’s Participation Programme that was used in the early stages of promoting the local organic pyrethrum products that have now been successfully launched and manufactured commercially for local and international markets. 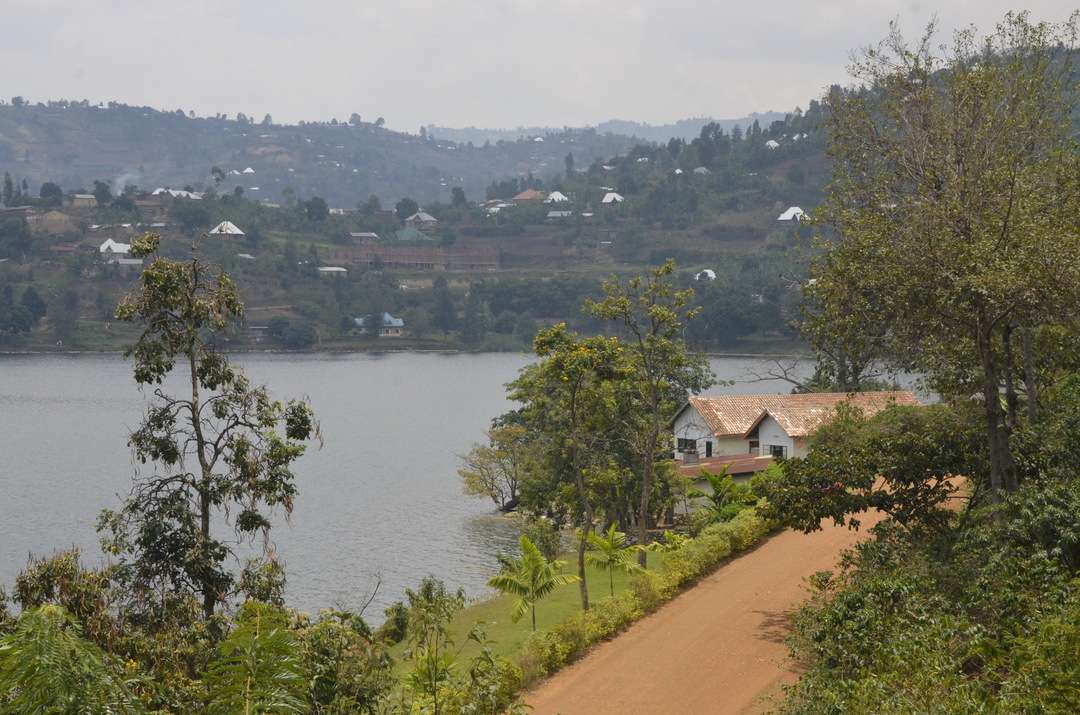 We grow the Bourbon variety of coffee. In the past we had two other varieties but we are slowly replacing them with the Bourbon as it is the original coffee and has proved to be the best suited for optimal growth of the trees. Growing coffee also led us to plant additional trees for cover. These trees are now mature and we have a small forest on our farm. Given that when we started this was a barren hillside, the transformation has been dramatic. The trees have also attracted a wide variety of birds. Because we have women combing the farm throughout the year, weeding, pruning, composting, harvesting, the birds are used to being amongst people and can sometimes be seen up close without being frightened off. The butterflies, moths and other small animals also seem to have found Gato Keza to be a sanctuary. 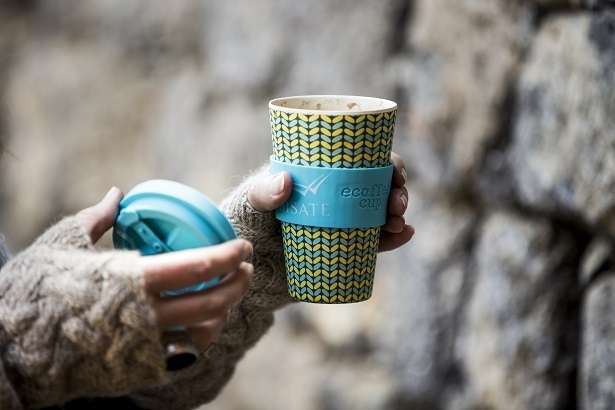 The planting process requires care at each and every step, from the soil to the seedlings, the tree itself, pruning and taking care to protecting the trees from insects and other pests; also careful and selective picking, de-pulping, washing and drying. We have a washing station so we can process on the spot, as the coffee comes in, which is vital because the timing between picking and processing is critical. After the coffee cherry has been de-pulped, washed and dried (removing most of the moisture, leaving it with a thin protective outer skin) we are left with parchment coffee. The thin outer skin retains the remaining moisture until it is ready for roasting. At this point the skin is removed (hulling), leaving you with the green beans which can now be roasted directly, ready for the barista or one’s own preparation of the coffee for personal enjoyment. There are many steps to follow and get right.

We intend to remain true to the concept of Gato Keza, Small is Beautiful. In this sense, the Gato Keza vision is not so much about scalability but rather being able to replicate what we have while retaining the quality of our product.

For the farm, coffee is definitely a generational occupation. We hope to continue growing coffee as well as passing the farm on to the next generation in the same way that it was passed on to us. Gato Keza is available at Bisate and can be purchased at the lodge. Visitors to Bisate will have the opportunity to visit the farm, roughly an hour’s drive away, should they wish to find out more about the planting process as well as the other interesting areas of this working farm.

The coffee can also be purchased in Kigali at the Gacuriro Estate and at Gato Keza’s premises based at The Rwandan Film Institute.