20 Incredible Olympus Wildlife Images from the Linyanti and Namibia

Savuti Camp GM Sean van der Merwe has been experimenting with the Olympus OM-D E-M1 Mark II – using it to capture the day-to-day action that plays out in camp and surrounding areas on the Linyanti Concession.

He’s also been fortunate to visit our Wilderness Safaris camps in Namibia, and has added a few of his favourite pictures to his Top 20 selection below.

Sossusvlei – the ultimate land of photographic landscapes is a must-visit destination when travelling in Namibia. This is Dune 45, situated close to both Little Kulala and Kulala Desert Lodge, a mesmerising experience and an adventure for all those who enjoy breaking a little sweat.

A female kudu looks on intently while keeping her ears ‘about her’. I took this image in the Linyanti not far from where a pack of wild dog had been spotted earlier.

A ‘sea of green’. The rainy season in the Linyanti transforms the area into the most beautiful, verdant scenes. Photographed at Backflow, Savute Channel. 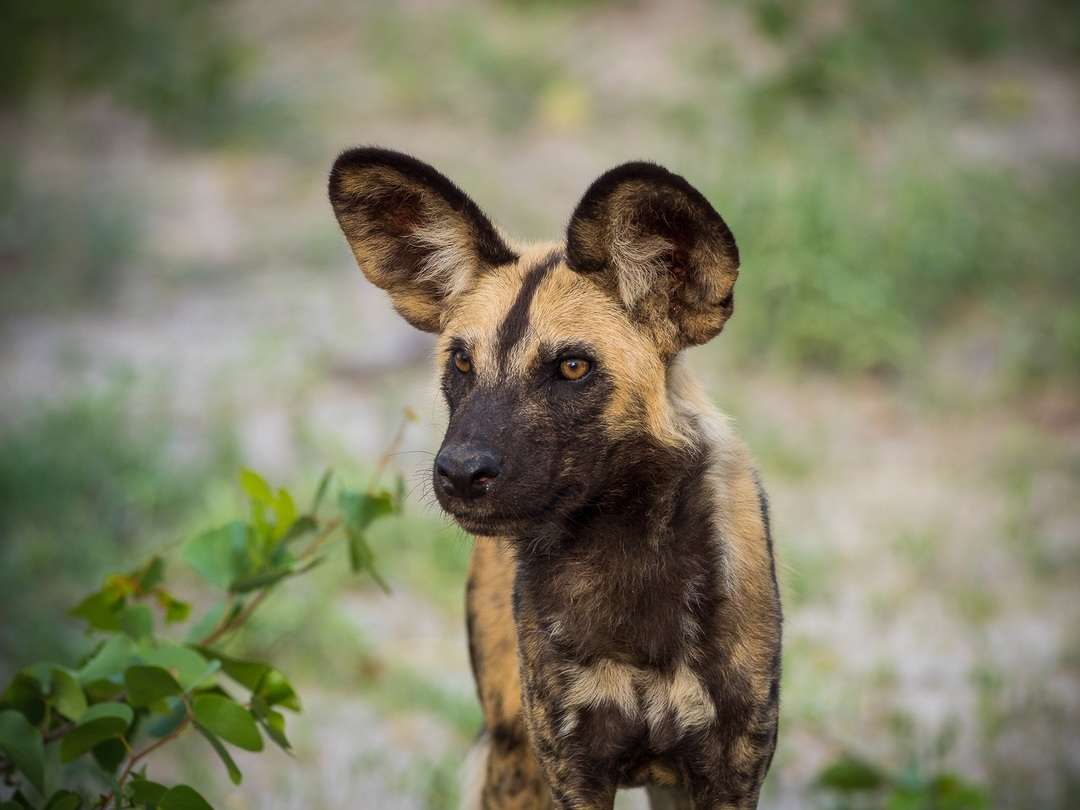 A mature African wild dog looks out for the rest of the pack. I captured this image just after he’d woken up from a deep sleep near to Savuti.

A young elephant bull quenches his thirst in the heat of the Botswana sun. 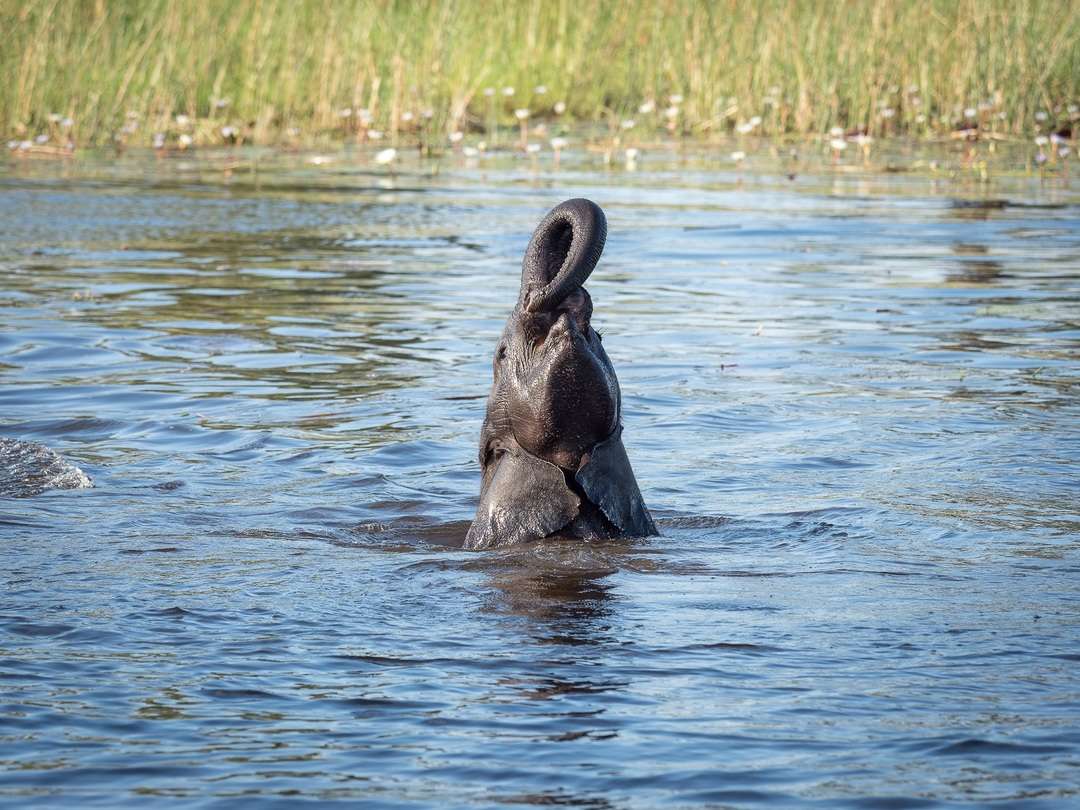 Aquatic playtime. A mother and her calf seize the moment to cool off and play in the Savute Channel. 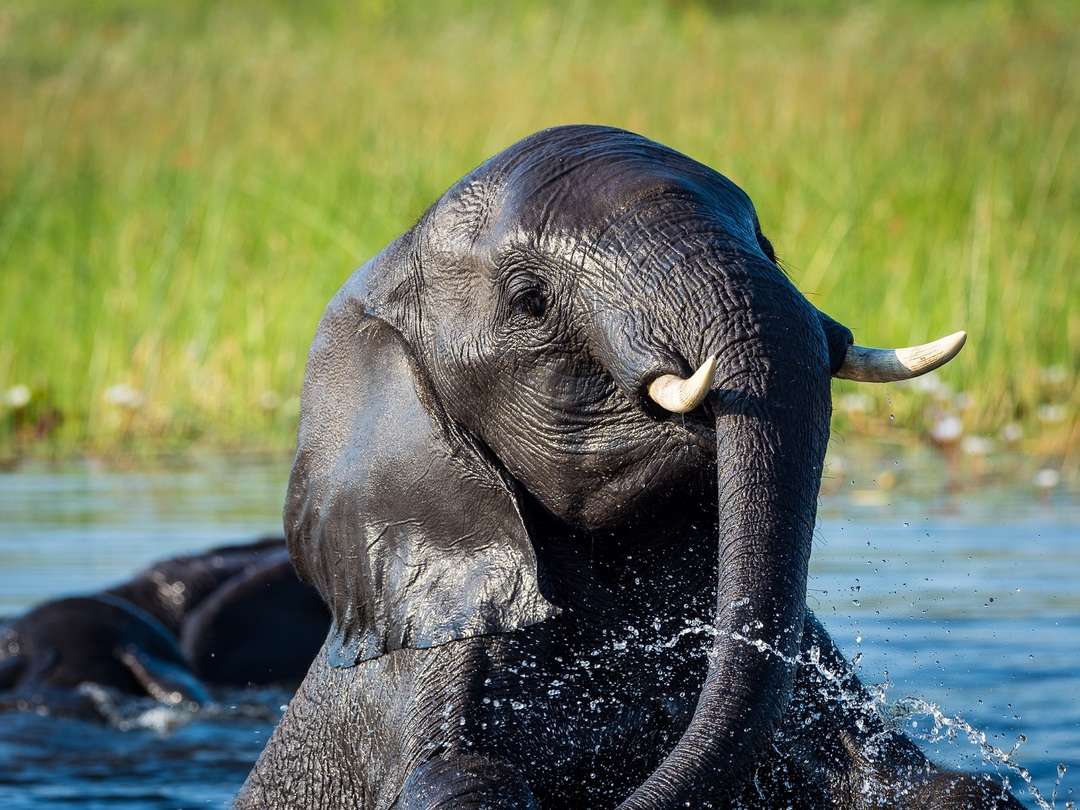 Moments like this are simply amazing to watch. I could easily spend hours in the company of elephants, their behaviour is always fascinating to observe.

A bridge over Savute waters… a traditional wooden bridge across the Savute Channel, making it easy to access different areas of the concession by vehicle.

Blue bliss – an apt name to describe this beautiful dragonfly that landed next to me on a visit to Kirstenbosch National Botanical Garden in Cape Town. 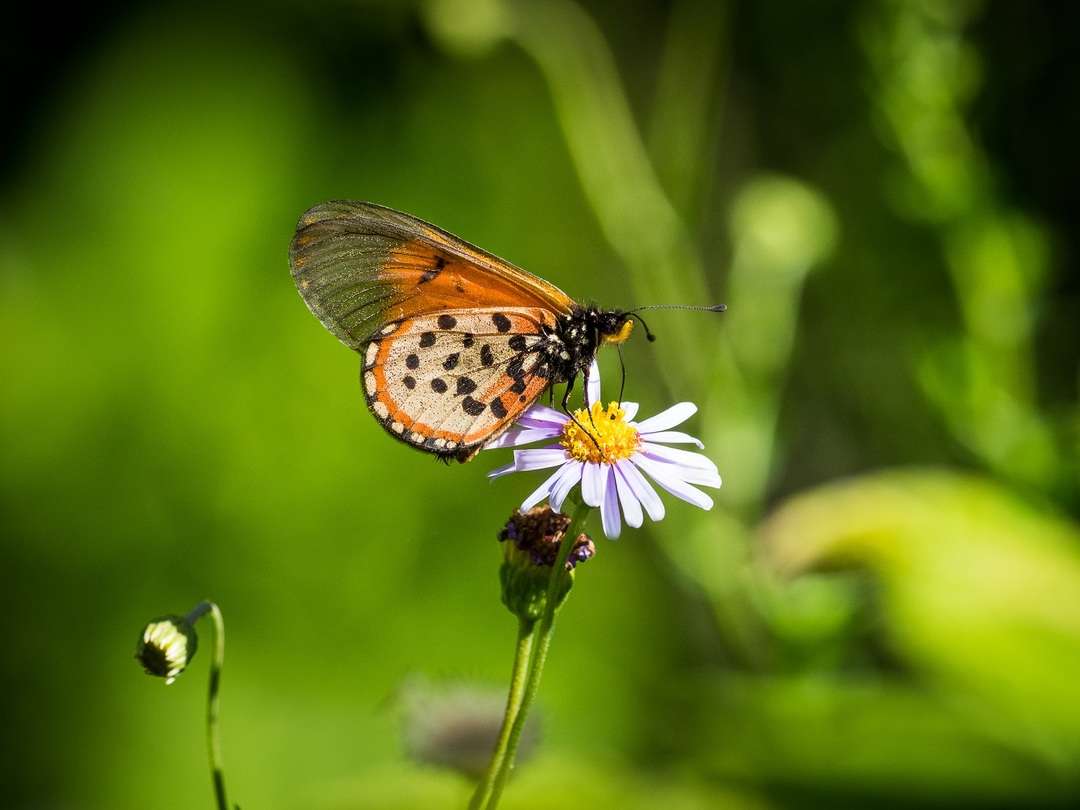 Dazzling daisy – a striking scene that I was fortunate to capture while exploring the beautiful Kirstenbosch National Botanical Garden in Cape Town.

A small herd of desert-adapted elephant sets out in single file, in search of life-giving water. Damaraland Camp, Namibia. 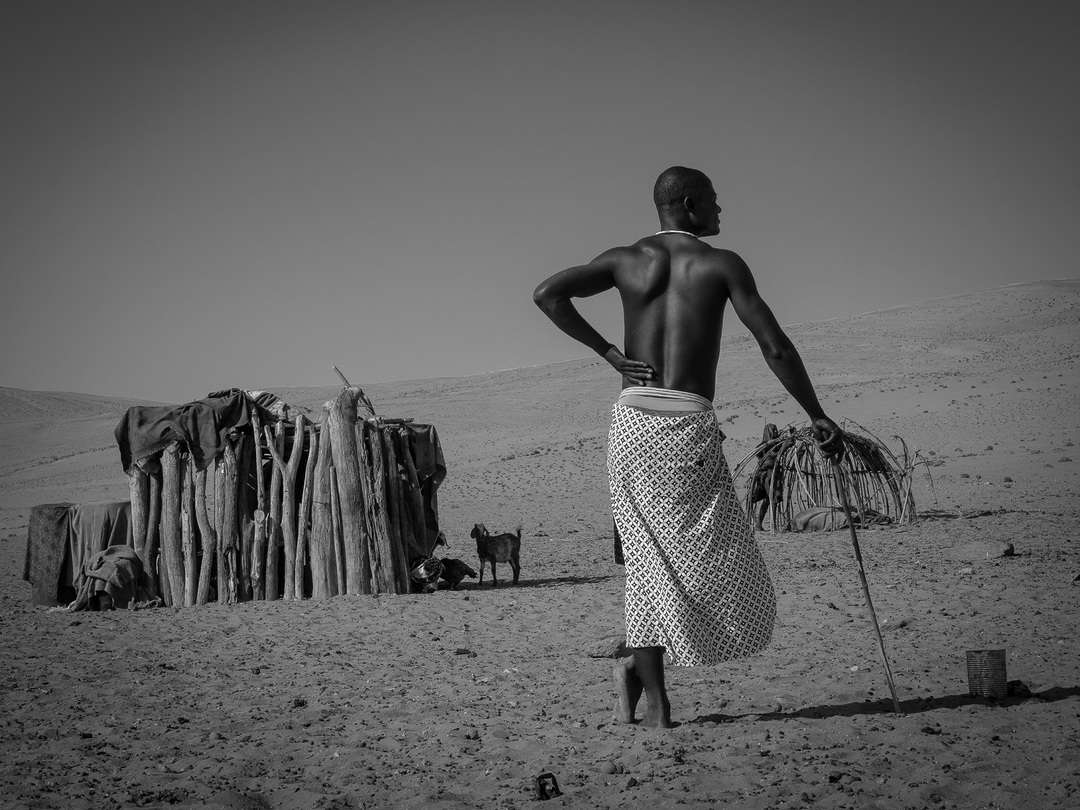 A young, athletic Himba warrior stands guard over his livestock while keeping an eye on his family nearby. Serra Cafema, Namibia. 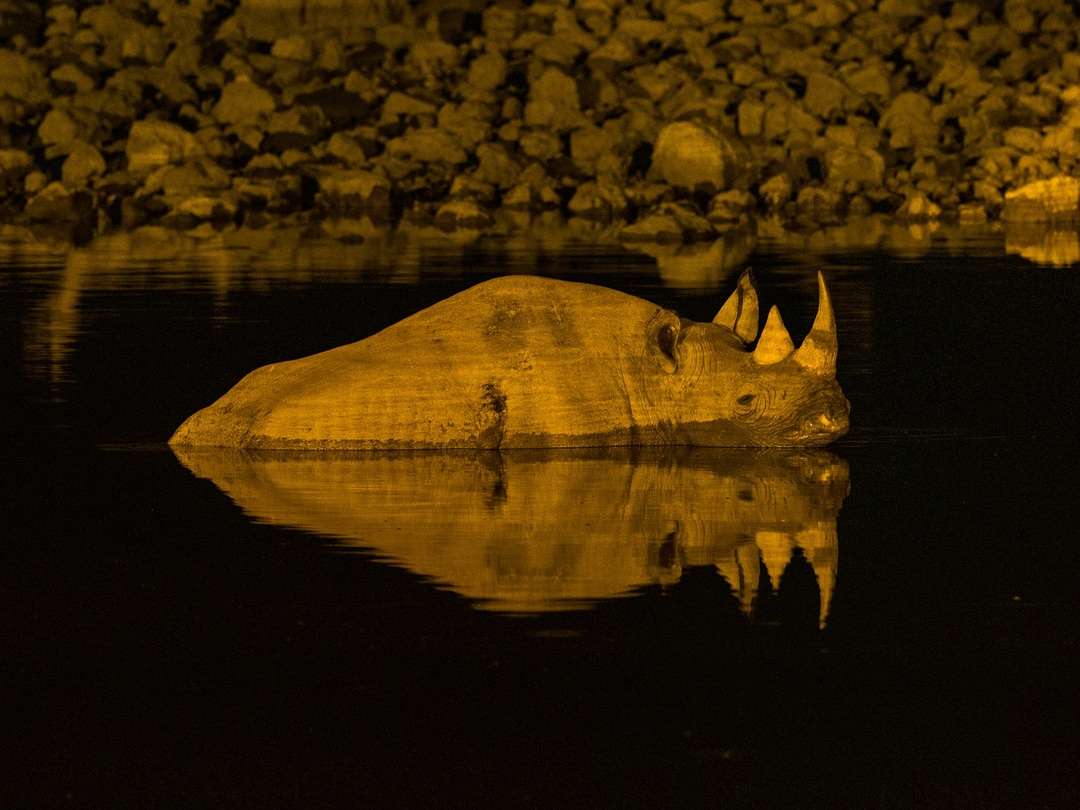 A desert-adapted black rhino cools off in a waterhole not far from Desert Rhino Camp, Namibia. 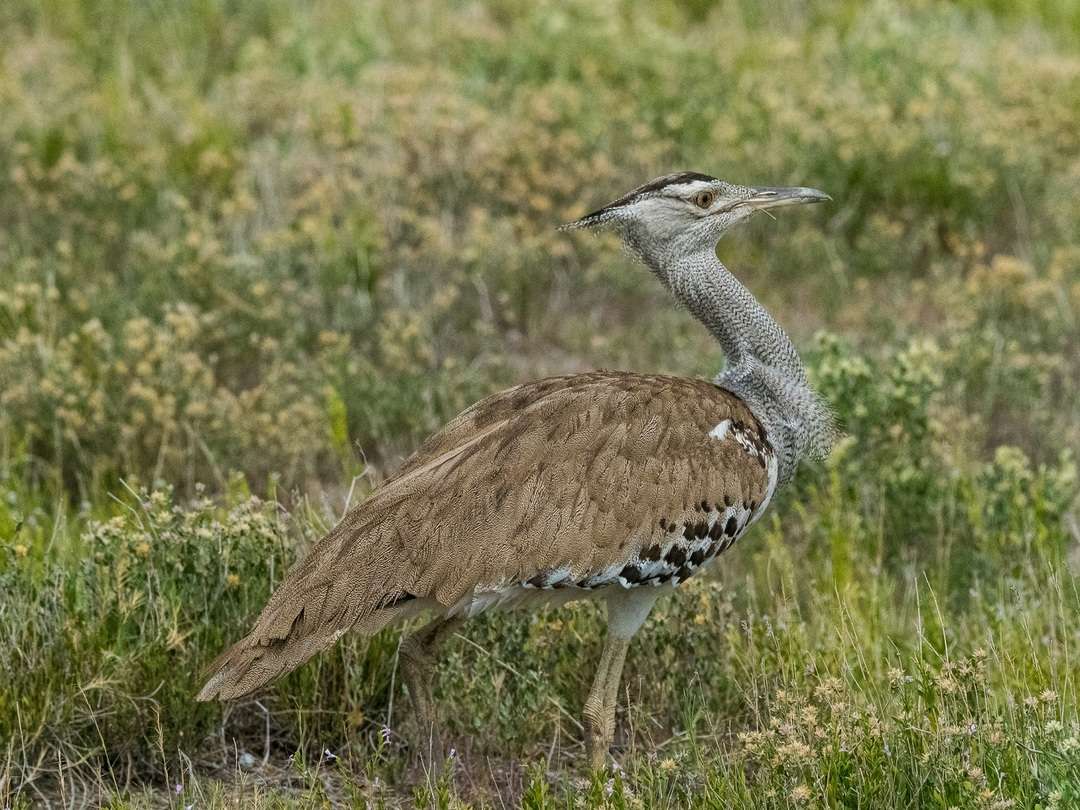 Ngori is the Setswana name for the kori bustard, the heaviest flying bird in Africa, found across all our areas of operation in Botswana. 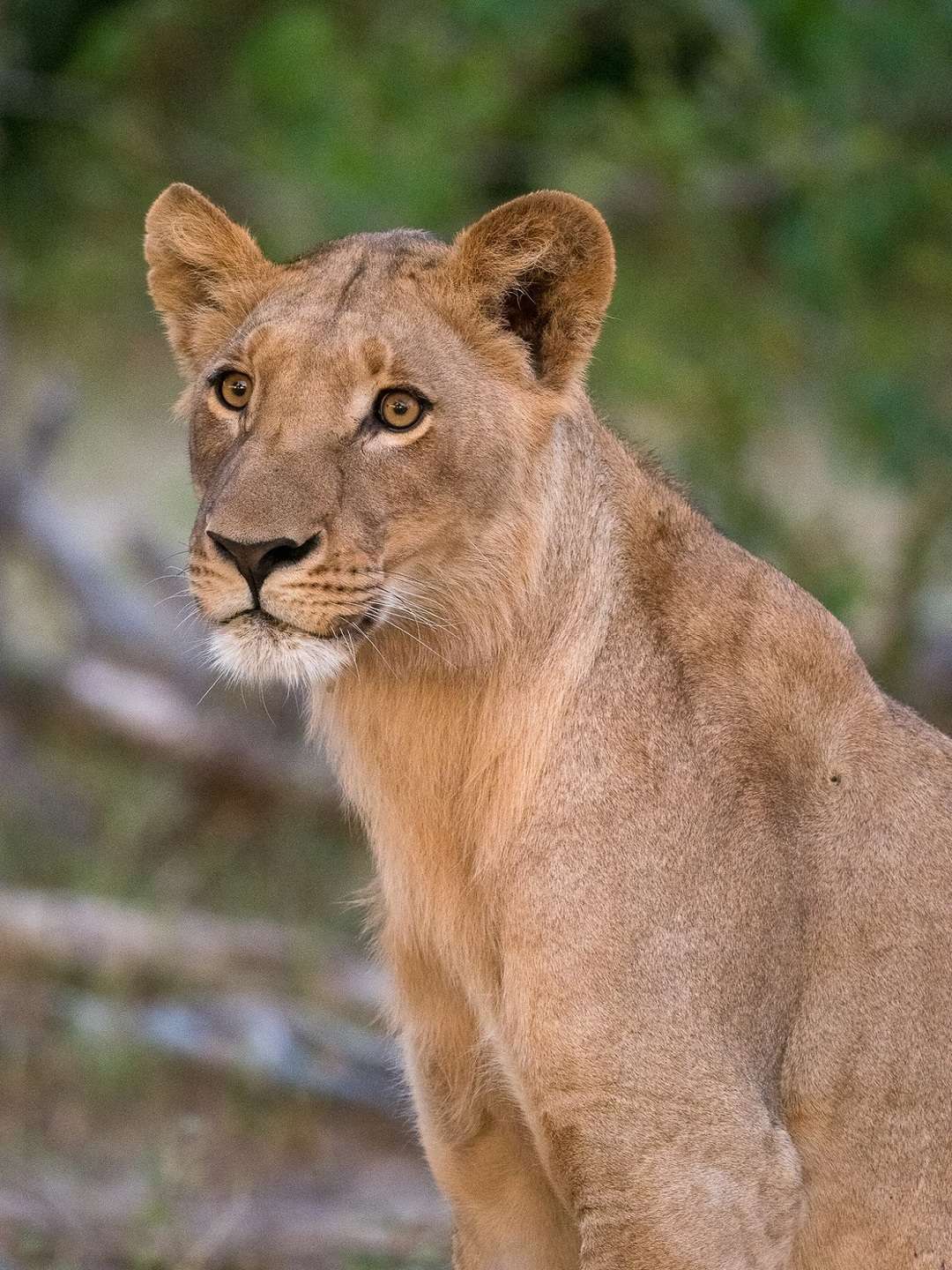 A somewhat nervous-faced lioness in the Linyanti. The lion behaviour in this area is always fascinating to follow – much like a soap opera! 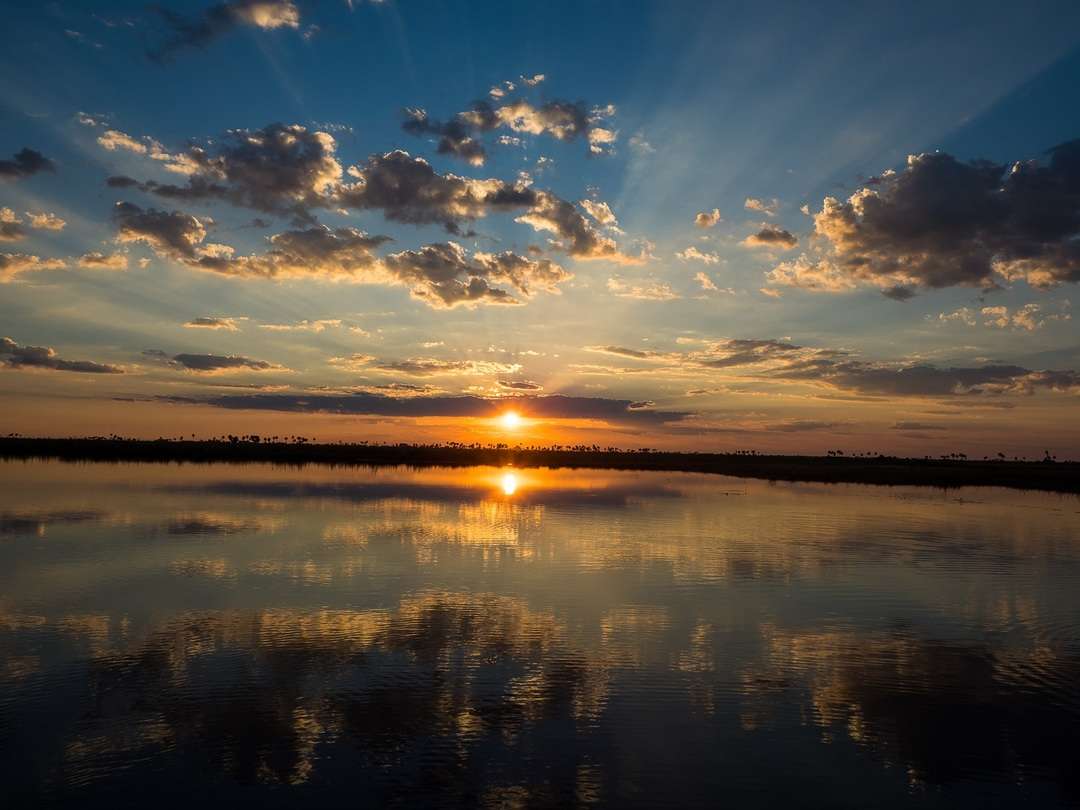 Sunset over Osprey Lagoon on the Linyanti River, taken from a barge activity at DumaTau.

The distinctive Linyanti fault line – one of many that shows the clear difference in the land gradients. Photograph taken on a scenic helicopter flight – we’re looking forward to offering this experience to our guests soon. 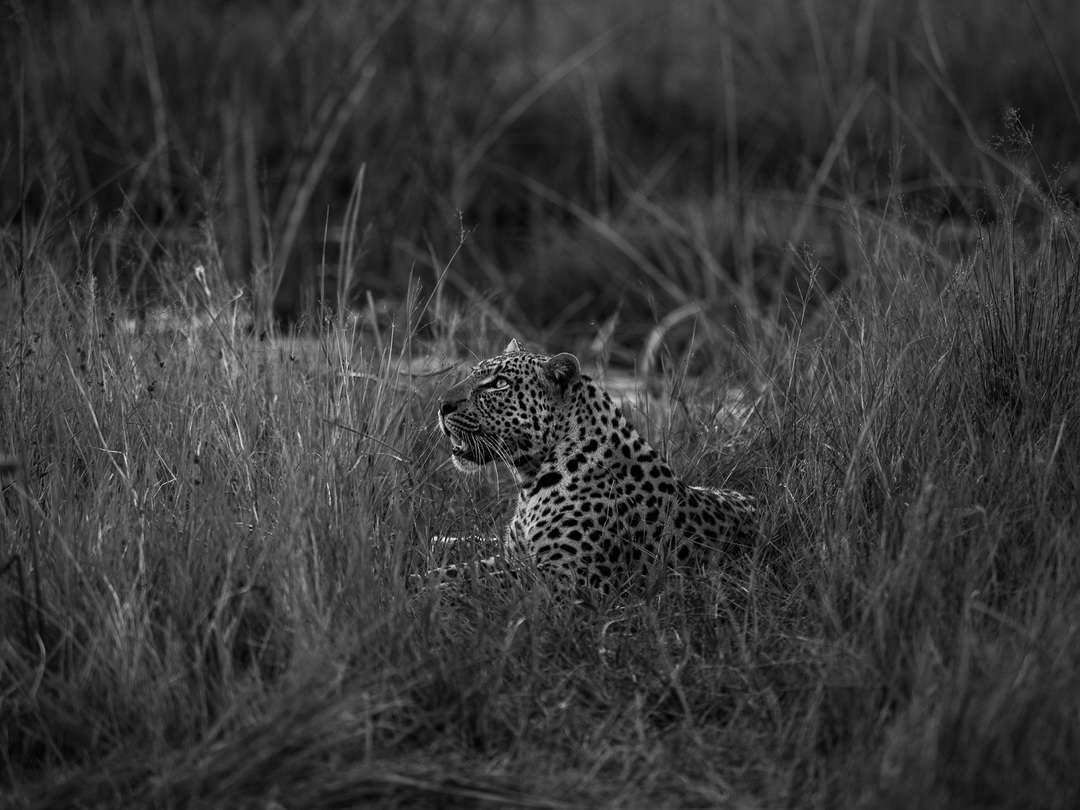 A young male leopard looks up at vultures huddled in the tree above. The leopard had managed to gain access to a fully-grown waterbuck carcass that had been killed by another, bigger male leopard in the area. 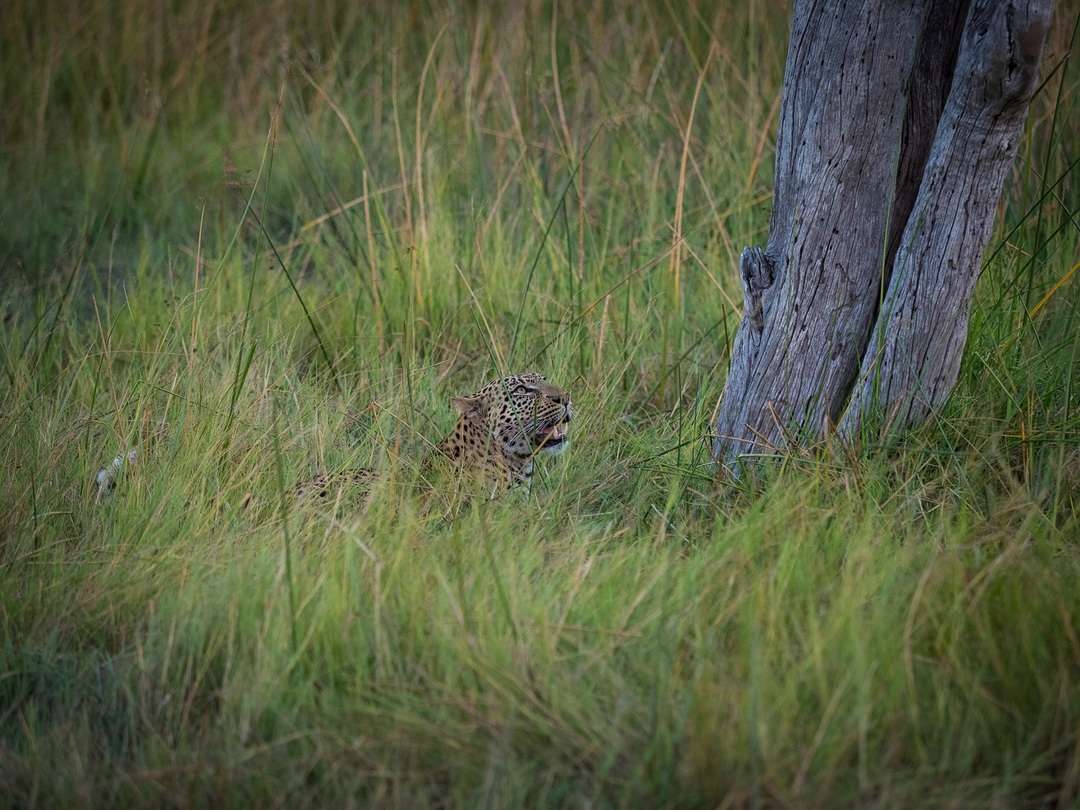 The same leopard looks more intently at the vultures – all waiting for a piece of the meal.

Another black-and-white shot of the leopard, this time walking in the direction of a nearby water source to slake its thirst.