From the heart of our Linkwasha Concession in Zimbabwe's Hwange, comes a fascinating report on a bizarre incidence of lion cannibalism...

Lions are the undisputed kings of the Hwange wilderness, and in our area the prides have been very busy, patrolling their domains, re-establishing territories and protecting their families. Sightings were scattered throughout the concession, including around Ngamo Plains, Scott’s Pan, Little Ngweshla, Mbiza, Makalolo Pan and Back Pans.

In most cases they were seen resting in the available shade and drinking from the pans – a testament to the heat of late summer.

And then on an afternoon game drive in mid-March, at around 16:45, Davison’s guides witnessed the truly bizarre sight of a male lion feeding on a sub-adult male lion.

The lion that had been killed is one of the two sub-adult males that usually patrol around Davison’s. The male lion feeding on the younger cat is unknown to our guides – an old lion with a black mane and no collar. He was in very poor condition, most probably due to his age. He was also pretty aggressive.

He had finished eating the front quarter of the lion and part of the ribs. While we were at the sighting the other sub-adult male was seen in front of Davison`s during the hottest part of the day – confirming this incident happened around late morning. The surviving young male has since run for his life.

The next morning nothing of the carcass was left, the old male lion was gone and has not been seen again. Nor has the surviving sub-adult male. 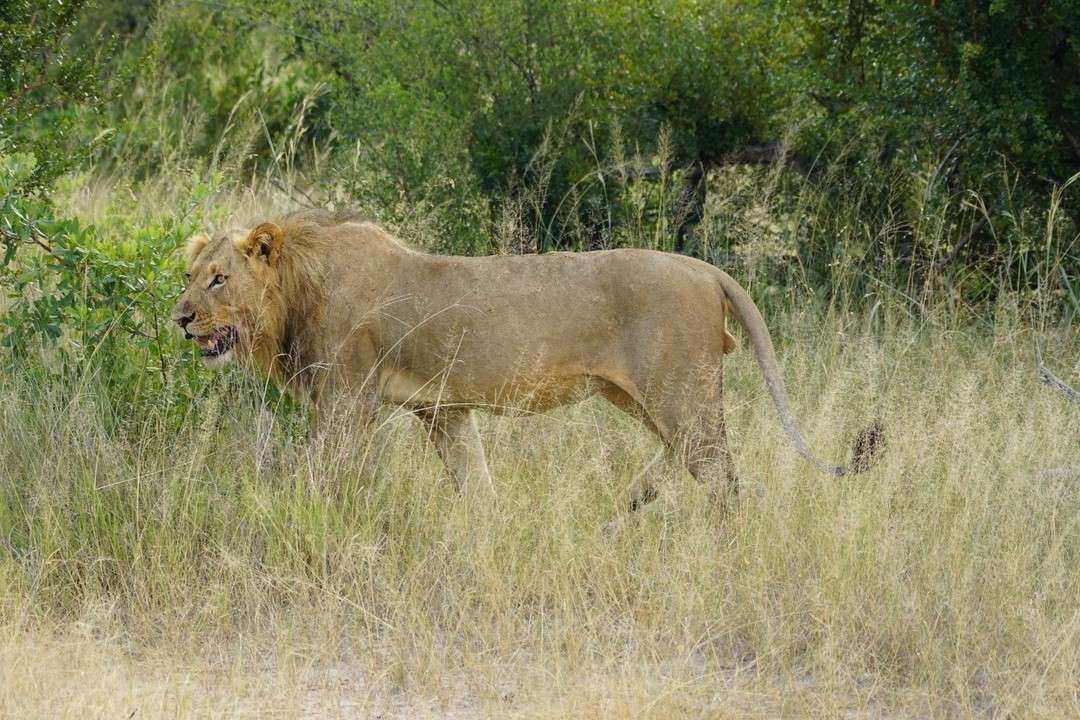 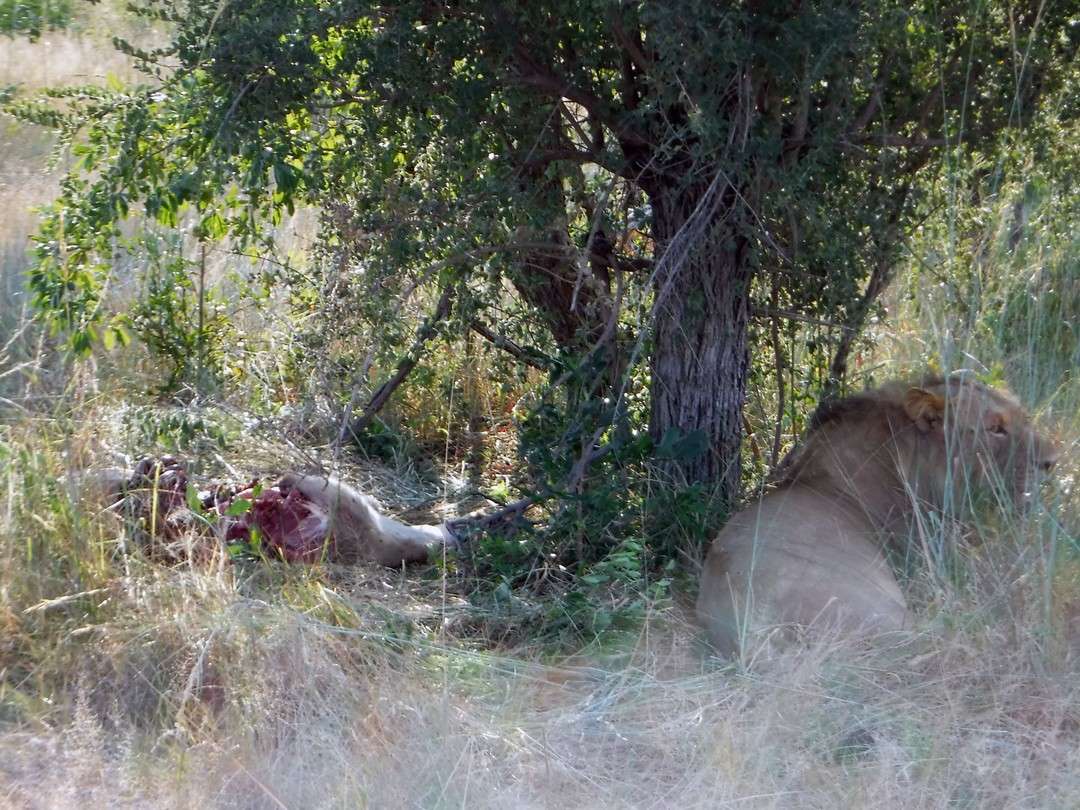 Have you ever heard of, or seen, anything like this on your safari travels?