The efforts being put in by the Magashi trackers and guiding team are really starting to pay huge dividends in terms of garnering a better understanding of the leopard ecology in the Magashi Concession. Hein Myers reports.

Early yesterday morning, we were informed by the trackers that, whilst following two spotted hyaena into a dense thicket, growling leopards were also heard. Upon this news, we immediately headed out to the area, and caught a glimpse of one leopard.

It was clear to us that they would stay in the thicket for a while, so we left the area, planning to come back in the late afternoon. At 17h30 we left camp again, this time with some of the Magashi building crew, whom we had invited to join us, and drove straight to our last location. On arrival we saw a leopard at a distance, sitting on a termite mound. Moving closer for a better view, while trying not to disturb it, we observed a second leopard at the base of the termite mound. We continued slowly, moving into a good viewing position, and were treated to two very relaxed leopards resting. After about fifteen minutes of incredible viewing, one of the leopards got up slowly, focusing on its sibling on top of the mound. The two proceeded to play together. 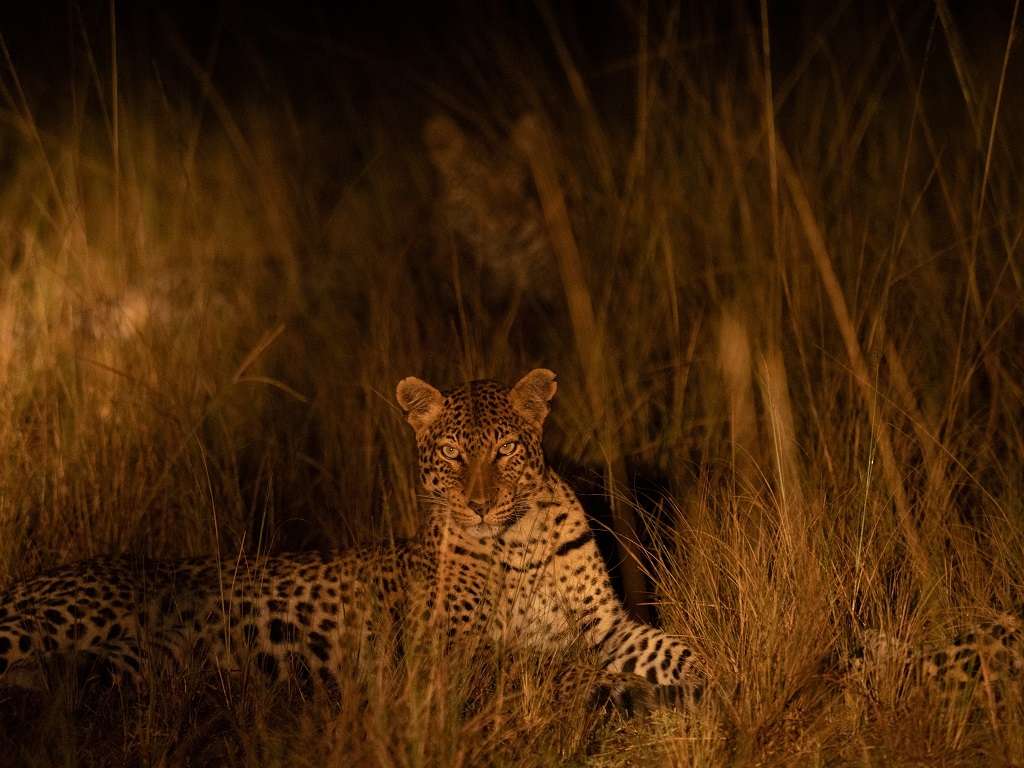 This playful behaviour soon stopped and both leopards rested for a bit before one moved on, walking right up to our vehicle, then heading in the direction of his brother. The trackers kept the spotlight on him and he led us to a third – female – leopard! It is unclear to us if this female is the mother or another sibling. (We saw another female a couple of days back in the same area; she had a different spot pattern and she was mating with a large male. We believe she might be the mother of these three, though there was a fair amount of submissive behaviour directed towards the female, which lasted several minutes. 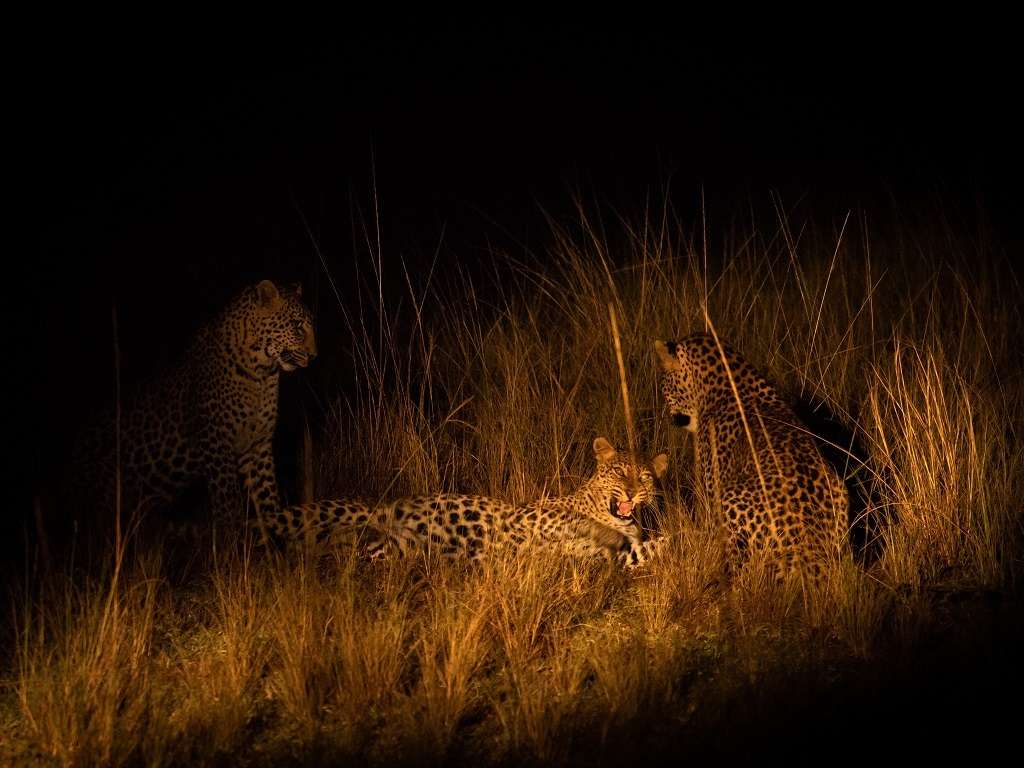 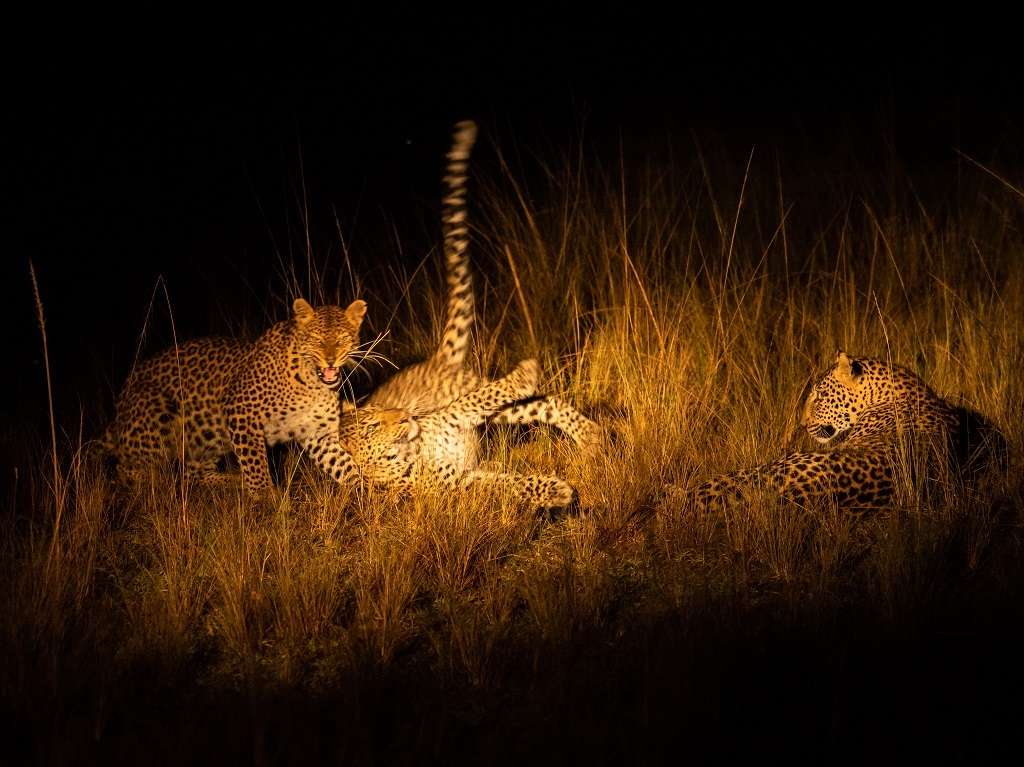 After this, the remaining male on the mound got up and walked towards the two leopards on the road. There was a short greeting ceremony of rubbing cheeks and necks. All three of them then went to lie down in an open grassy patch. One of the males was clearly still restless, and kept pouncing on the other two, which they unwillingly tolerated, responding every so often with a quick paw-slap to the restless male’s face. We carried on viewing them for about twenty minutes before they eventually moved into a thicket. 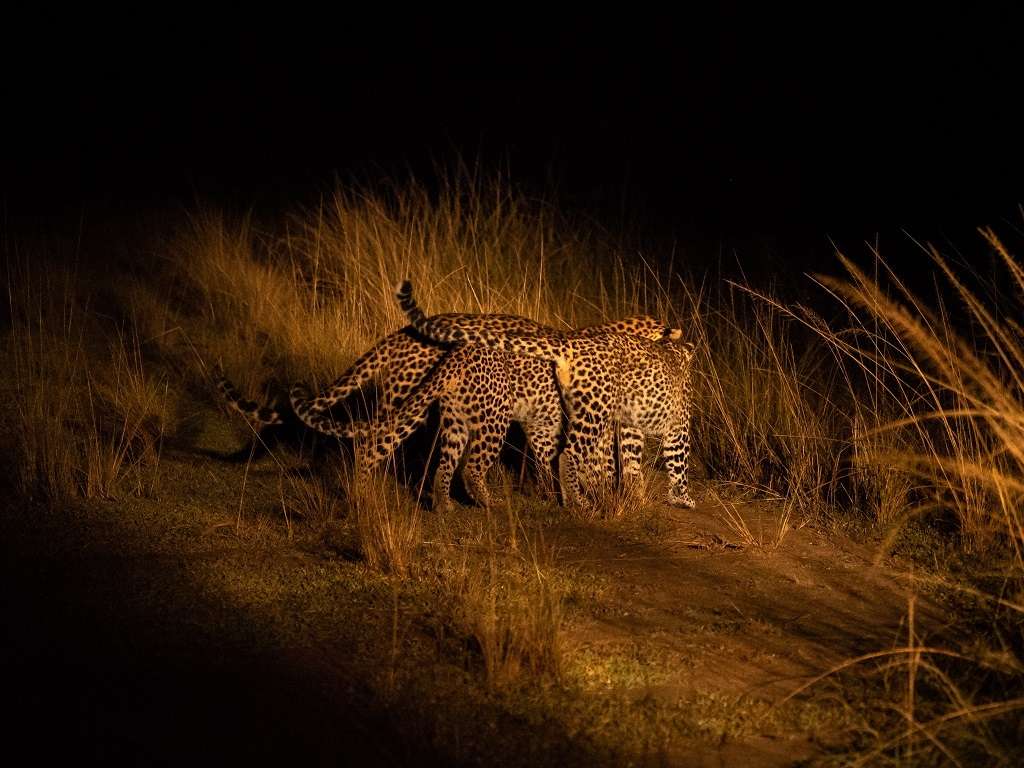 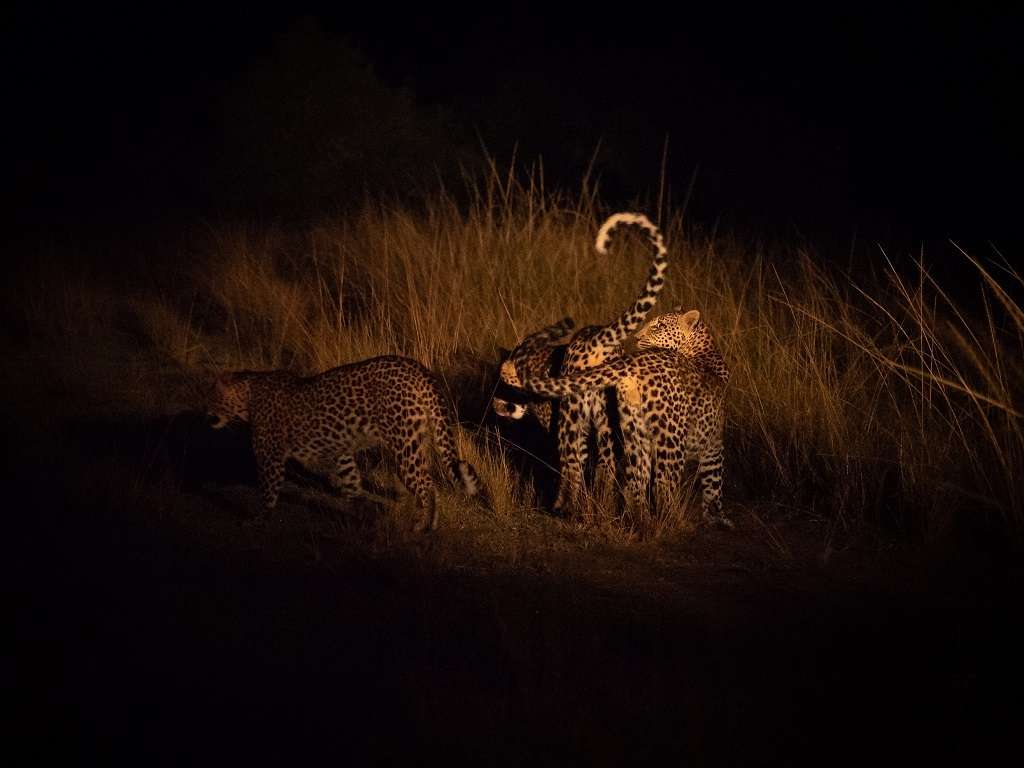 We then drove around the Mihindi Loop, and came across a large group of impala about 100 metres from the tree line. The trackers noticed that one of the leopards was focused on the impala. We switched off all the lights and, with a bright, crystal clear sky above, watched in anticipation to see what would happen. The leopard did not carry out an attempted hunt, but what an amazing afternoon and evening it had been, relived with many stories around the campfire that night.